Going on a Brief Hiatus... but not without leaving a thought or two! 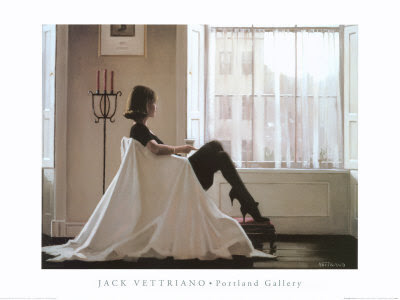 I leave America tomorrow and so for the last couple of days, I have been saying my goodbyes and of course doing all the last minute shopping which is why I have not had a chance to write.

In addition, when I arrive in England, I reckon that for the first couple of days, I will be catching up with family and friends, unpacking, getting ready for clinics -which starts on the 1st, preparing for graduation all of which might render me unable to write for at least a week or maybe even a week and a half.

For those of you who enjoy reading my random, honest thoughts, I promise that I have been thinking and will continue to think of things that I would like to share with you.

I am currently reading two amazing books: one of them is called "Brothers Karamazov" by Fyodor Dostoevsky and the other is called "Run" by Ann Patchett. Though they are very different, both of them are filled with deep insight into human behaviour.

"Brothers Karamazov" deals with human philosophy, religion and psychology in a novel way making it one of the most outstanding novels ever written and it is second only to Leo Tolstoy's "War and Peace" in terms of influential Russian literature. I have not finished this book yet because it is rather voluminous nevertheless, as I have been reading I have run several times to fetch a highlighter or a pen to mark out blocks of undiluted truth that have jumped out at me from the pages of this book.

I will share the most potent one with you now, check this out:

"The man who lies to himself and listens to his own lie comes to such a pass that he cannot distinguish the truth within him, or around him, and so loses all respect for himself and for others. And having no respect he ceases to love, and in order to occupy and distract himself without love he gives way to passions and coarse pleasures, and sinks to bestiality in his vices, all from continually lying to other men and himself.

The man who lies to himself can be more easily offended than any one. You know it is very pleasant to take offense? A man may know that nobody has insulted him, but that he has invented the insult for himself, has lied and exaggerated it to make it picturesque, has caught at a word and made a mountain out of a molehill- he knows that himself, yet he will be the first to take offense, and will revel in his resentment till he feels great pleasure in it, and so pass to genuine vindictiveness".

You might recall one of my earliest posts that I entitled "The Importance of Being Honest". I had never heard of this book when I wrote that. However, in the above paragraph the point I was trying to make in my feeble words has been magnificently worded and expanded. I was soo excited when I read this and I still haven't gotten over it!

I have taken two things from the above passage:

"Run" on the other hand is very much a 21st Century book. It deals with questions about race perceptions in a way kind of similar to "Crash" (the movie), but it predominantly deals with black on white and white on black perceptions. This novel nit-picks at crucial but minor details that are usually glossed over; Ann Patchett does not tell us what we already know, she makes us recognise the tiniest inkling of prejudice in ourselves that we would otherwise struggle to accept.

I will carry out a further discussion on what I am learning from both of these books when I return.

Love your blog!
But abeg why does Brinigerias blog require an invite 2 read??