The Necessity of Sacrifice 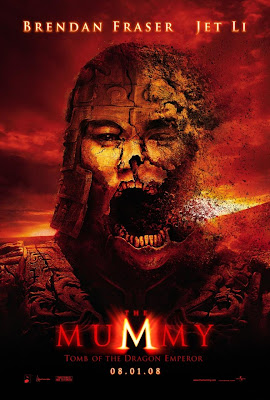 Yesterday, I spent the day in Times Square with an old friend from high school in Nigeria that I haven't seen in years.

Everything about it is soo big, vulgar and loud; it highlights all that is bad about American/modern civilisation in a few square miles.

I digress. After having lunch we went to see the new Mummy movie which was all that you would expect from a Mummy movie and much more! The jokes were obvious and silly but still funny, there was action, there was romance and there was Brendan Fraser; I love Brendan Fraser! The only thing I didn't really like was Maria Bello, her fake British accent got slightly annoying. I prefer the actress that plays Brendan's love interest in the prequels.

The reason why I have told you all of this was because it was in the movie that the idea for this post came to me. I don't want to spoil it for those of you who haven't seen it yet but, as in all action movies worth their salt, someone's life is required as a sacrifice to save the lives of many.

This is not in itself an original idea or thought, after all it is central to the crux of my faith. However, the thought that came to me that is perhaps not as obvious is the fact that every decision we make big or small in every sphere of our lives is linked to a sacrifice; what the economists refer to as opportunity cost.

All the time I have spent studying this summer, going to class from 8 to 5, is a sacrifice so that someday in the future, I can be qualified to practice as a doctor in America.

All the time I have spent in England away from my family, is a sacrifice so I can get a solid education.
To sustain my inter-personal relationships, I have had to sacrifice some of my personal independence in compromise.

And of course that which is most important to me; to sustain my relationship with God, I have to sacrifice daily.

It is sometimes difficult to make these sacrifices, but they are absolutely necessary for me to be who I want to be.