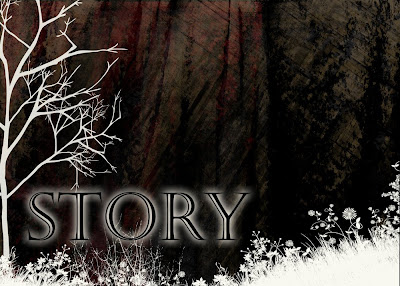 Once there was a poor widower who had three daughters. He loved them all very dearly but like all parents though he never showed it, he had a favourite. She was the middle child and she was called Estelle.

Estelle could be called neither beautiful nor ugly; she had one of those interesting faces that you have to give it a second look and a third look to even begin to fathom how her features are set out.

Consequently, in the village in which they lived, Estelle was a figure of intrigue. This was much to the annoyance of her sisters who were both conventionally pretty but, they had what I can only describe as a common face. The difference in their looks is as the difference between the characters, Dr. Meredith Grey and Dr. Isabel (Izzie) Stevens in the medical drama, Grey's Anatomy.

Despite this, the sisters loved each other as much as is naturally possible for three women.

The father of the girls provided for them by working as a butler in the home of the Lord of the county, a jovial fellow known as Lord Homfry.

Lord Homfry was viewed by his peers at the House as a bumbling bufoon. This should not be considered as an insult for, they loved him dearly. He was a funny man and he made them laugh many times at risk of his own dignity. Those familiar with the drudgery of Parliament will understand that it was refreshing to all to have a seated member who did not take himself too seriously.

Lord Homfry was also a man of exquisite style and taste; he was always well suited in the up-to-minute couture from the Parisian Tailors and he hosted extravagant soirees that were attended by everyone in respectable society (and a few who weren't) including His Royal Highness, The Prince of Wales.

Lord Homfry was himself a widower and was very fond of his butler's daughters, as he had no daughters of his own, only a son. Thus, during their childhood, he was more than happy to have them come to play in his castle. He would often practice his jokes on them and they were always a willing and responsive audience. Consequently, the girls regarded Lord Homfry and his son as they would a favourite uncle and cousin and they in return loved them as nieces and cousins.

This was of course unusual for the time period and as people tend to do towards the unfamiliar; the girls' close relationship with the Lord was widely critcised in the village.
Part 2 will follow shortly.
Posted by MissITKnows at 14:41