End of THE Age. 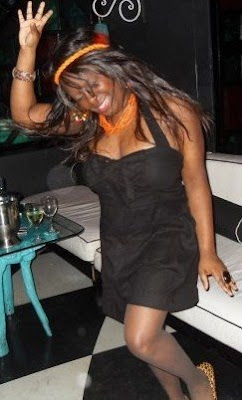 21 has been an amazing year! After a particularly difficult twentieth year, I celebrated my 21st with a bang, ready to throw off the weights of life that I had self-righteously picked up in periods of innocent childhood arrogance.

Straight off the back of my fabulous birthday party, I went to New York for two months in the summer. In the midst of that incredible city, I was able to discover myself in an honest, low-pressure, novel way. I became acutely aware of my strengths and weaknesses; I came to accept that my vivacious personality, my passion for life, as well as my insecurities were all a part of me. No more hiding behind masks, no more trying to fit into pre-created moulds, I came back to London ready to be my complete self to all those who were interested in getting to know me.

In this process, there had to be an overhaul of some of my previous friendship groups as I came to realise that some of those friendships were made with personas that I had created to suit them rather than the real me. Sad as it was, I had to accept that some of my ex-friends weren't prepared to be friends with a more confident, self-assured me.

Therefore, as I began the new academic year, I was very frightened of the possibility of rejection; in my head, I wondered would people be interested getting to know a random, dramatic, Nigerian girl with a questionable accent? Or would I once again face the pain of unacceptance? I mentally prepared for the worst.


I couldn't have been more WRONG! This year, I have become friends with some of the best people I have ever met. I know I am a bit much and slightly crazy but these guys have shown me unconditional love and acceptance.

As I move on to the next stage of my life, though I am still slightly scared, I am ready to face whatever life throws at me with renewed self-confidence. It's been a great year and I believe that, despite the horror of ageing, next year will be even better!
Posted by MissITKnows at 18:50