The Question of Faith

Today I will begin a series of posts on a subject matter that is pertinent.
For all peoples are people of faith whether it be faith in God, faith in gods or faith in no G/god.
In this series I will discuss the necessity of faith (or a belief system) to the human compostition.
I will essay the essential components of any succesful faith.
I will question how we as individuals come to accept a certain faith.
Finally, I will share portions of my faith journey as an example.
However, to begin I will tell you a story which might resonate as familiar to some.
At this juncture, I must make perfectly care that these series of posts are not meant as a judgement on a particular faith. They are meant to evaluate the concept of faith in general.

Now for the first of my stories:

Amost 200 years ago, a man, who had previously been self-described as a fortune-finder and was publicly known as a charlatan, received a series of revelations from God. The first concerned a set of hidden plates that he was assigned to translate and the ensuing translation is the Book of Mormon. Only eleven witnesses ever saw the plates and therefore the only existing evidence of these plates is their sworn testimony. Soon afterwards, he started preaching a message of monotheism and amassed a growing band of disciples.

Following this, he received other revelations which were put together in what is now referred to as the Doctrines and Covenants. These include revelations about plural marriage and blood atonement. There were also some more documents that he claimed to have transcribed using divine inspiration and revelation. One of these has been proven by several renown Egyptologists to be an Ancient Egyptian burial document which bears no relationship to the interpretation ascribed to it by the Prophet.

The religion that was developed from the followers of this prophet now has more than 7million followers the world over.

As someone who only encountered the existence of this denomination in my teenage years, my first reaction to the story was that it was clearly fantastical. How can anyone believe this?

However, after giving it some thought I realised that the story that I hold to be the absolute truth about a carpenter who was born of a virgin and crucified in his 33rd year for an unjust cause and rose again on the third day and was seen by approximately 500 witnesses after his resurrection as he ascended into heaven might sound just as ridiculous to people who were raised within a different belief system.

Why do I believe what I believe?

Is it because it was told to me as unshakeable fact in my early, formative years?

Is it because I have to believe it to have something to hold on to in this difficult world?

How much of what I believe has been coated with human bias?

These are the kinds of questions I will be discussing. I obviously do not know all the answers I can only give my current perspective and as always that is subject to change in light of new information or experiences. 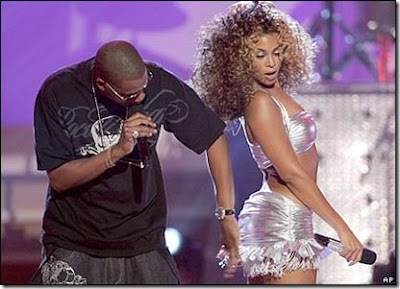 It's been a couple of months since I have made any significant contribution to the blogosphere.

For those of you who read my departure post, you will remember that the primary reason I cited for taking a hiatus from blogging was that I decided I would rather actually live than continue to hypothesize about living.

This actually turned out to be the salvation I required.

Instead of my mind being a tumultous mine of random thoughts, it has become a spring -an open filter- only retaining the expedient.

In this time, I have also concentrated my efforts into my medical calling and in this regard I have been blessed to develop blossoming friendships with my firm -collectively known as:

the dream team (so named because we encompass a majority of existing socio-political labels.)

Today marks the end of "the dream team" as a tour de force at the Whit.

I never thought it possible to have an group of entirely different but equally outstanding human beings.

I love you all and it has been a joy getting to know you.

Posted by MissITKnows at 15:45 No comments: